The Kayapó, Munduruku and Yanomami peoples are united in an unprecedented alliance to protect their territories from illegal mining and to block Bill 191/2020, which, if passed, will allow mining inside their territories. Together, the indigenous leaders establish actions and strategies to fight the destruction produced by the invasion of the illegal activity, which destroys the Amazon forest, poisons the rivers, creates conflict and threatens the lives of future generations. 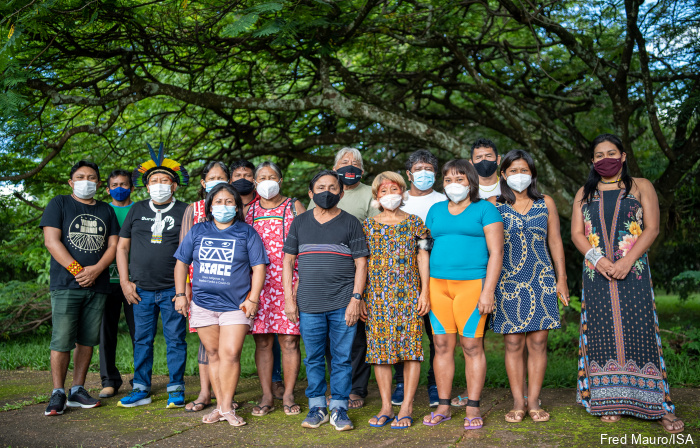 The Aliança em Defesa dos Territórios (Alliance in Defense of the Territories) was officially created in December 2021, at an event in Brasília (DF) that gathered 25 leaders of the three peoples. Even before Bill 191 had been put on a fast track for voting, the meeting had warned of the dramatic and urgent situation in the Amazon, which currently concentrates 93.7% of mining activity in Brazil, according to data collected by MapBiomas.

On indigenous land alone, the area occupied by mining grew by 495% between 2010 and 2020. The indigenous lands of Kayapó (PA), Munduruku (PA) and Yanomami (RR) are the most heavily impacted by illegal gold mining, respectively. With the progress of the Bill, which has already been dubbed the ‘death bill,’ the alliance of the indigenous leaders who say no to mining has also continued to strengthen. 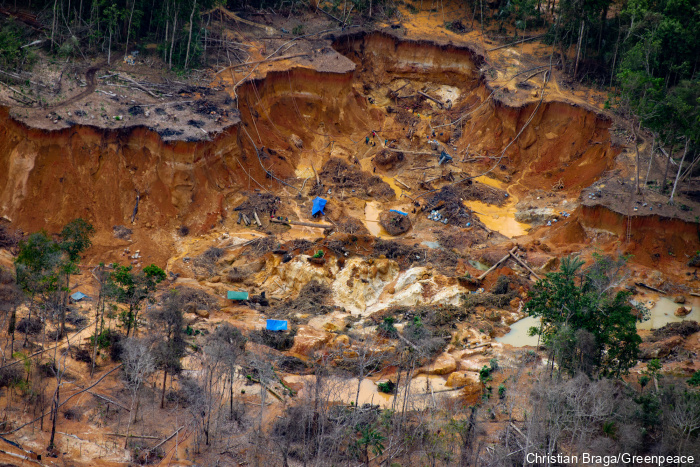 On Yanomami Indigenous Land, mining is an old nightmare. Over time, more than 3,000 ha of forest has been destroyed, and almost 1,000 ha in 2021 alone. Currently, the Yanomami are facing the second great gold rush since the 1980s, with 20,000 illegal miners inside their territory.

"It has been 38 years of fighting against mining and I am happy with this alliance to protect our territories," says leader and shaman Davi Kopenawa Yanomami.

For Maial Paiakan Kayapó, the Alliance in Defense of the Territories is synonymous with resistance and existence. “We are experiencing a time when they want to approve, at any cost, the opening of indigenous lands to mining and other activities that will totally destroy our territories. Now there are three indigenous peoples to fight together, to form a unified defense, to defend our original rights. Our union as peoples of the forest is important to win this war.” 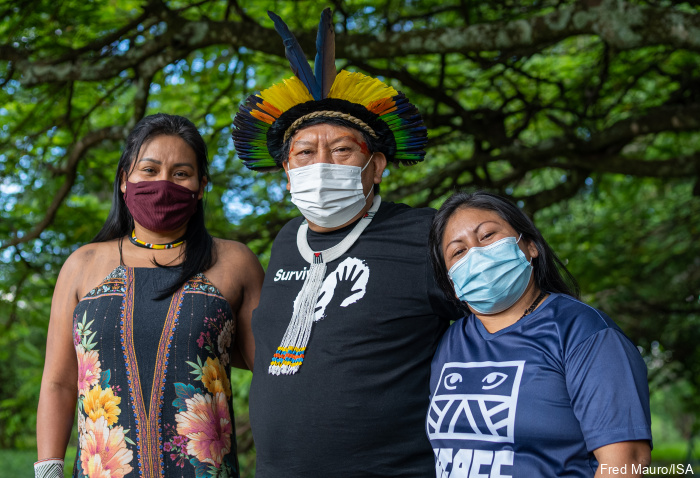 Despite experiencing similar situations on their lands, these peoples had never acted together before. The seed of the alliance was planted in August 2021, during the Struggle for Life Camp, held in Brasília. There, this historic pact against the encroachment of illegal mining, against the legislation that threatens indigenous lands with mining, hydroelectric plants and other death bills, was signed.

“My people are tired of filing so many complaints. Bill 191 is a death bill and we are under attack because it is always the same guys who are speaking, but when we join forces, this could change. We have to do something so that this administration will stop killing us, violating our bodies and our spirits, that are calling out for help," invoked Alessandra Korap, indigenous leader of the Munduruku people and constant victim of threats against her life. 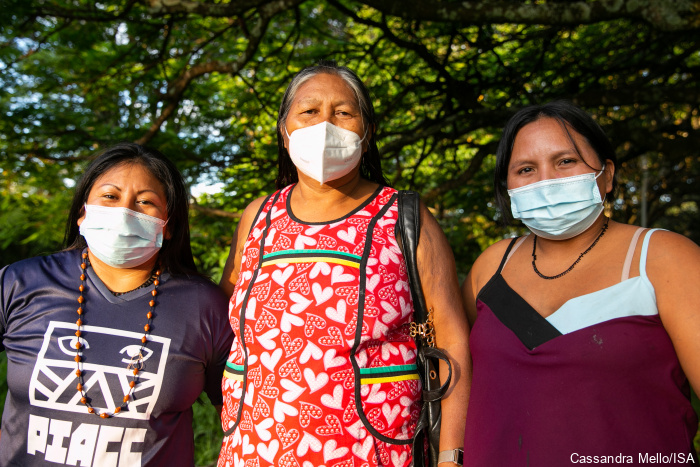 A study by the Federal University of Minas Gerais (UFMG) reveals that, in 2019 and 2020 alone, illegal mining was responsible for the deforestation of 2,137 hectares on Kayapó Indigenous Land and 1,925 hectares on Munduruku Indigenous Land.

In addition, 13,235 km² of Amazon forest disappeared between August 2020 and July 2021, in the worst deforestation recorded in 15 years, according to the annual report of the Project for Monitoring of Deforestation in the Legal Amazon by Satellite (Prodes), considered the most accurate measure of annual rates of deforestation.

According to Prodes, the most affected of the nine states that compose the legal Amazon is Pará, which during this most recent period lost 5,257 km2 of forest. The Kayapó and Munduruku territories are both located in Pará.

While an unprecedented monitoring operation conducted by Greenpeace Brasil showed that illegal mining had destroyed 632 kilometers of rivers inside the Munduruku and Sai Cinza Indigenous Lands, in Pará. Over the last five years, there has been an increase of 2,278% in the length of rivers destroyed inside these territories.

Megaron Txucarramãe, of the Kayapó people, says that anyone who has seen mining up close knows that "mining brings to indigenous land the destruction of land, forest and rivers." In addition, the leader points to the impacts on indigenous people, who are affected by diseases, prostitution and conflict.

In the article "Empresas do ouro enriquecem, indígenas padecem", published in the newspaper Le Monde Diplomatique, on November 3, 2021, the journalists Luísa Molina and Rodrigo Magalhães de Oliveira, provide a retrospective of tragic news stories about the Yanomami from 2021 caused by mining.

On October 12, 2021, on Yanomami Indigenous Land, two children who were playing in a river drowned because a mining dredge was operating illegally in the vicinity. The body of one of them, carried away by the current, was only found two days later.

Five months before, another two children died the same way after an attack by miners on their community. In July, the victim of illegal mining was a 25-year-old indigenous youth, who was run down by a plane that transported miners.

Mining is also responsible for the spread of epidemics that, three decades ago, killed around 1,500 Yanomami and for a massacre that led to the only conviction for genocide in Brazil up to today.

And it is not only the forest that experiences this devastation. Recent studies show alarming levels of mercury in the blood of the Munduruku and the Yanomami. Among the Munduruku of the Middle Tapajós (municipality of Itaituba), 9 out of 10 indigenous people present levels of metal above the safe limit established by the World Health Organization (WHO).

Among the Yanomami, the situation is also alarming. According to research by Fiocruz, in 2014, in the villages most impacted by mining, 92% of the population presented high levels of metal in their blood. High concentrations can lead to serious neurological, immunological, and digestive damage as well as other side effects.

The proliferation of malaria is also a characteristic feature of areas with heavy mining activity, where large pools of standing water are dug that provide the ideal environment for the reproduction of the transmitter of the disease (Anopheles).

Throughout 2021, shocking news arrived from the Yanomami Indigenous Land about children with malaria and malnutrition, some of whom died for lack of proper medical treatment. In the Munduruku territories, the situation is equally dire: from 2018 to 2020, notifications of infection by malaria jumped from 645 to 3,264.