With the arrival of the fire season in the Amazon, learn how to monitor the main pressures and threats to the forest

Over the last two years, an avalanche of setbacks in environmental policy in Brazil has set off a cascade of deforestation alerts. An emblematic episode was the "Day of Fire," when farmers in southwestern Pará, emboldened by the actions of the current administration, coordinated a huge burn off on August 10 and 11, 2019. In the region of Novo Progresso (PA) there was, in a single day, a 300% spike in hotspots.

Since then, it’s business as usual in the Amazon. 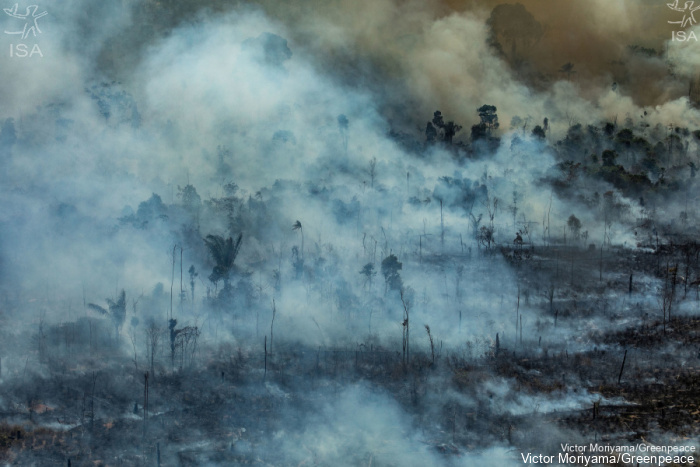 With the dismantling of agencies engaged in environmental monitoring and transparency, support for legislative initiatives that violate the rights of traditional peoples, and an official discourse encouraging lawlessness, the episode generated even more concern regarding public access to information.

To tackle the current situation and promote a political debate about pressures and threats in the Amazon, Instituto Socioambiental (ISA) launched, this Tuesday (10/08), the Painel Alertas+ [Alerts+ Panel], a platform that automatically cross references all the databases available for fire, deforestation and mining in the Legal Amazon with different spatial overlays, such as indigenous lands and conservation units.

The data generated in the simulations and comparisons, which can then be downloaded in chart, table and map format, should contribute to the production of authoritative reports on the Amazon for generalists, activists, researchers and students.

One of the conclusions drawn from the platform is that protected areas, indigenous lands and conservation units have continued to serve as a veritable shield against deforestation, despite being harshly criticized over the last two years.

“The conservation units, indigenous lands and quilombola territories are more threatened than ever. However, these protected areas represent our best chance at protecting socio-biodiversity in Brazil, as well as maintaining the resilience of the climate," explains Antonio Oviedo, a researcher at ISA.