Sônia Guajajara is our strength and our voice 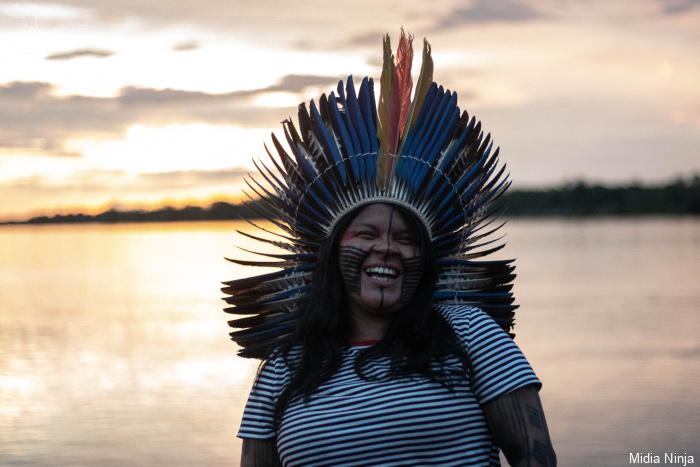 Negligence and failure to act despite the risks of the new coronavirus, since the start of the pandemic. An absence of leadership and failure to mobilize public agencies, scientists, health professionals and institutions to face this threat. Intentional promotion of agglomerations and boycotting of social distancing measures, recommended worldwide to contain the pandemic. Contempt for the use of masks and the exposure of aides, supporters and citizens, including children, to the risk of contamination. Non-provision of diagnostic tests, vaccines and essential hospital supplies to care for the sick. Dissemination of false information, including the efficacy of drugs and treatments, causing collateral damage. Promotion of managerial instability, leading to delays in the removal of intruders from indigenous areas.

This list of crimes, perpetrated by Jair Bolsonaro, is smaller than that of the Minister Head of the Civil House, General Eduardo Ramos, charged with organizing the president’s defense against the Parliamentary Inquiry Committee (CPI) established in the Senate, which will investigate who is responsible for the greatest national tragedy of a century. Discussing whether this is a massacre, genocide or mass murder, may have some technical relevance, but it does not change the heinous nature of the historical figure of Bolsonaro.

Technically, Bolsonaro can claim he did not slaughter any particular ethnic group, but rather Brazilians of all races and that, for this reason, it cannot be considered a genocide. A tiny defense against giant crimes. However, the indignation of those who characterize it as genocide is more than legitimate, from the concise forcefulness of the expression, given the unprecedented and unusual situation that no single word can adequately describe. So much so that Bolsonaro is being formally accused of genocide in international courts.

If he feels he is being attacked, Bolsonaro even has the right to sue his accusers, just as the courts are the legitimate place to settle these disputes. What Bolsonaro cannot do is use the Federal Police to secretly investigate his critics and opponents. Considering his generalized dismantling of public institutions, the most serious and undermining for democracy is his personal use of the Federal Police. This week, Sônia Guajajara, national coordinator for the Articulation of Indigenous Peoples of Brazil (APIB), received a summons from the Federal Police to testify over the accusation of having called Bolsonaro genocidal in a web series that denounced the lack of health services and the rising number of deaths among indigenous people caused by Covid-19. The investigation against APIB was requested by the president of the National Indian Foundation (Funai), Marcelo Xavier, who is a Federal Police officer, and has been underway since last year, in secret and without the knowledge of the indigenous organization. It is important to remember that the current Minister of Justice, Anderson Torres, who is charged with defending human rights, is also a police officer. The Federal Police and Funai are both under the authority of the Ministry of Justice.

Sônia Guajajara’s leadership is recognized by almost every indigenous organization throughout Brazil. After studying languages and nursing at Universidade Estadual do Maranhão, Sônia was a candidate in 2018, as vice president on the Guilherme Boulos ticket (PSOL). Her work at the head of the indigenous movement has provided greater visibility to the cause, nationally and internationally, placing her on the front line of resistance to the civilizational setbacks promoted by Bolsonaro.

The complaint against an important indigenous leader indicates the superlative degree to which Funai has deviated from its mission under Bolsonaro. The police action designed to silence Sônia Guajajara comes in the wake of other similar attempts against the influencer Felipe Neto and environmentalist Márcio Astrini, by also invoking the National Security Law. It is a threat to us all, indigenous or otherwise, who oppose the current necropolitics. 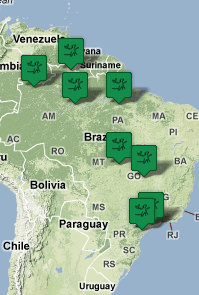