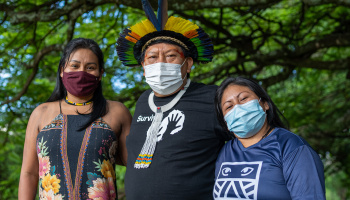 The indigenous lands of the Kayapó (PA), Munduruku (PA) and Yanomami (RR) are already the most heavily impacted by illegal gold mining 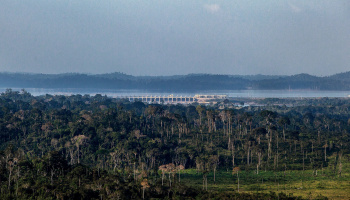 According to the document, market investors are lacking information about the environmental licensing process and, in particular, the so-called Hydrographic Consensus 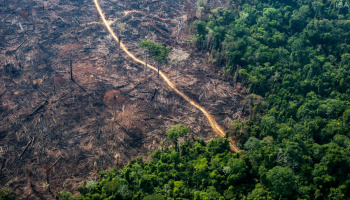 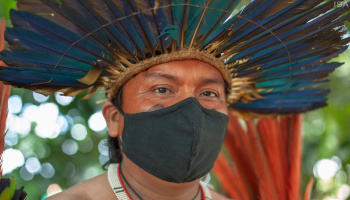 In this meeting of Yanomami and Ye’kwana leaders, indigenous people denounce the government’s neglect of healthcare and indifference toward the wildcat mining invasion that is destroying indigenous land 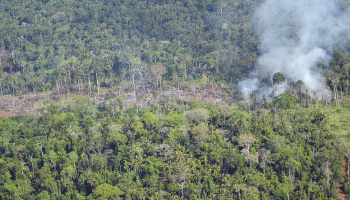 Over 28,000 hectares were destroyed in the region in a single month; Apyterewa Indigenous Land ranks among the most deforested 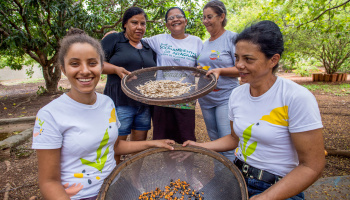 Produced by the Instituto Socioambiental (ISA) and the Xingu Seed Network, the film shows the connection between indigenous peoples, traditional communities, environmentalists and rural producers for a common goal: planting the forests of the future. 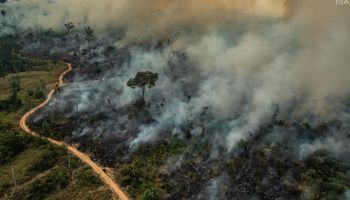 In Novo Progresso (PA), epicenter of the fires that shocked the world two years ago, deforestation in April to June of 2021 increased by 91% over 2020, reveals ISA’s new platform 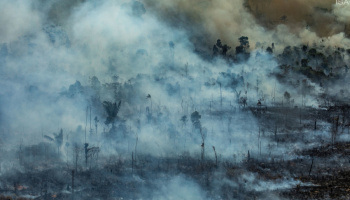 ISA launches Painel Alertas+ [Alerts+ Panel], a platform that cross references data on fire, deforestation and mining and aids in the defense of Brazil’s largest biome 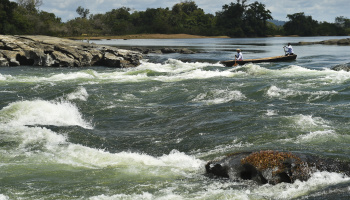 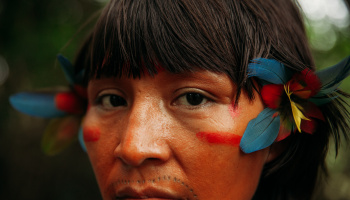 The exhibition “Trees”, shown for the first time in Paris, contains over 200 works by close to 30 international artists, including Kalepi Sanöma, Joseca and Ehuana Yaira Yanomami 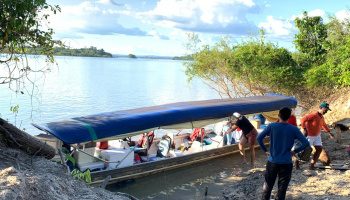 Over a thousand riverine dwellers were vaccinated during a health expedition which covered 2,200km of rivers in the state of Pará. Riverine people from the city of Altamira and nearby areas were also vaccinated. 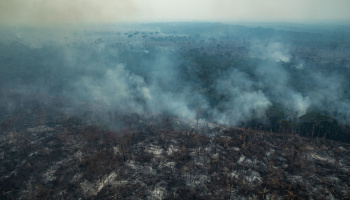 Monitoring of the Xingu + network shows record deforestation in March and April 2021, reflecting the reduction of field operations near BR-163 highway; in a Conservation Unit that had its operation suspended, destruction grew 4,000% 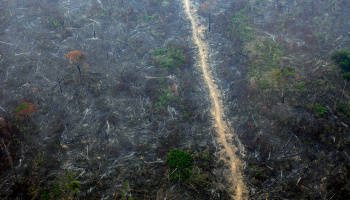 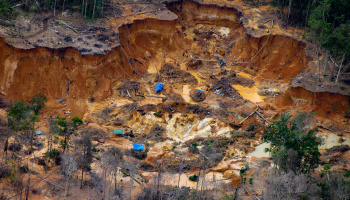 A new report by the Hutukara Yanomami Association shows aerial images of the unchecked expansion of illegal mining in Yanomami territory, with deep craters, camps adjoining Indigenous villages and even restaurants and bars for illegal miners 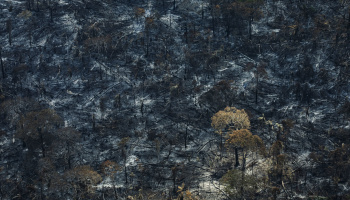 The Bill 510/2021 can be voted in the Senate plenary; known as “PL da Grilagem”, it intends to regularize thousands of hectares illegally deforested in the Amazon; at the top of the ranking of the most deforested Indigenous Lands, Apyterewa and Trincheira Bacajá (PA) face boom in invasions 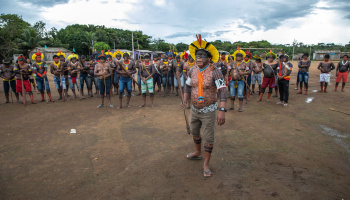 In manifest, 60 villages of the Kayapó people repudiate a bill that intends to legalize mining in their territories; more than 5,700 illegal mining outbreaks were detected between 2018 and 2020 in Indigenous Lands and Conservation Units in the Xingu basin 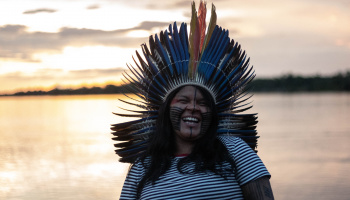 As national coordinator of Articulation of Indigenous Peoples of Brazil (APIB), Sônia is the target of political persecution in another chapter of the escalating authoritarianism of the Bolsonaro administration. Read editorial from ISA 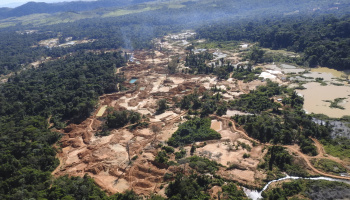 Monitoring of the Xingu + Network shows that, between 2018 and 2020, 513,500 hectares were deforested in the Xingu basin, equivalent to six times the city of New York (USA). One of the epicenters was a forest strip that maintains the humidity of the biome 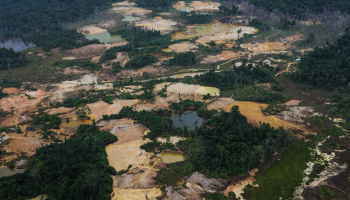 A new survey reveals the proliferation of new bases of invaders in closer proximity to the indigenous communities, including groups of isolated indigenous groups, and the opening of new routes into the territory 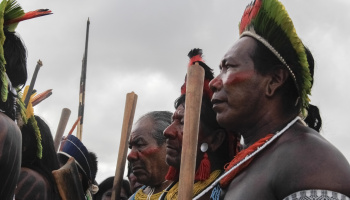 Decision can influence the implementation of the right to Free, Prior and Informed Consultation of indigenous and tribal peoples in Brazil about projects that impact their livelihoods before they are implemented 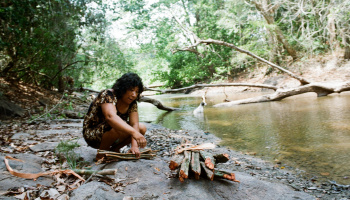 1,700 hectares were deforested between September and December; Court decision to carry out disintrusion of the area expires in May, but the government has not yet received a budget from Funai 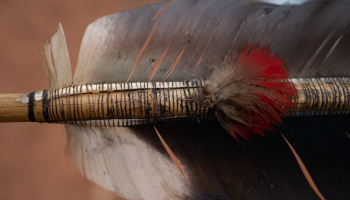 2020 data on invasions and deforestation has alarmed indigenists, who are calling on the State to strengthen protection of indigenous lands 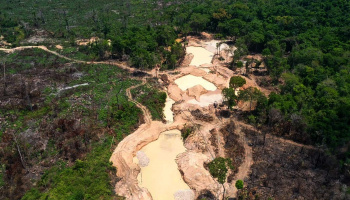 The Apyterewa, Cachoeira Seca, Ituna Itatá and Trincheira Bacajá ILs, in Pará State, lead the ranking of the most deforested in the Amazon; invasions increased after the cancellation of Ibama's operations in May 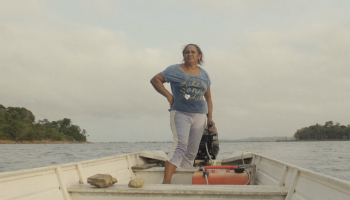 The movie released today (24) tells the Riverine Council’s trajectory. In spite of the obligation imposed by the licensing agency, the company Norte Energia has been refusing to comply with the determination even five years after the Operation License. 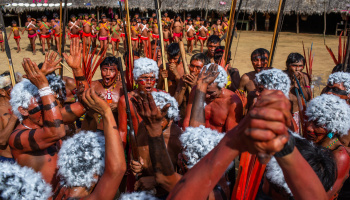 Yanomami and Ye'kwana organizations and a network of researchers launch an unprecedented report that details the progress of the pandemic in the indigenous territory, suggesting that one in three Yanomami may have already been infected by the new coronavirus